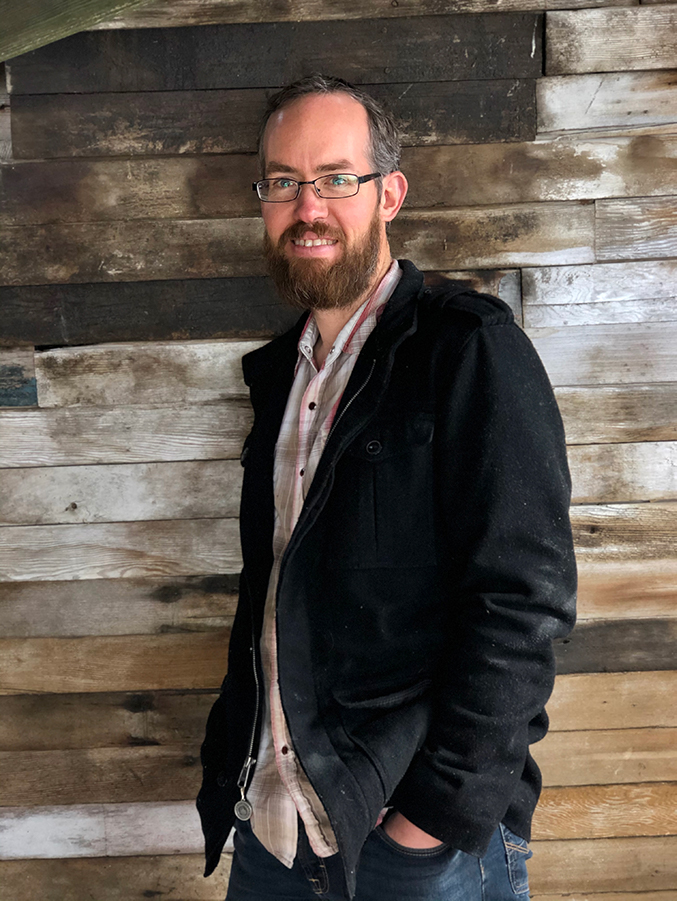 Trent Gudmundsen (born 1978 in California, USA) grew up in a small Utah farming community where he began oil painting at the age of 14. He later attended college on a full-tuition art scholarship, and upon finding that his own goals differed from the opportunities available there, left early to paint on his own. Trent's work has now been recognized with top awards on a national level including at: ...the American Impressionist Society National Exhibition (NY, NY. 2019), ...two Oil Painters of America National Exhibitions (2003 & 2009), ...the National Oil & Acrylic Painters Society's "Best of America" Exhibit (2019)... ...and in publications in books and magazines including Southwest Art as both a "21 Under 31" artist in 2003, and with a full-length feature in August 2010. The artist's mostly-figurative paintings balance traditional elements and themes with a very contemporary approach, often simplifying parts of the painting down to just graphic blocks of color, and other times by subduing and "de-constructing" the edges of figures until they almost meld with the background. Trent and his wife Lorajean and their 5 children live and make art near the Utah-Idaho border.