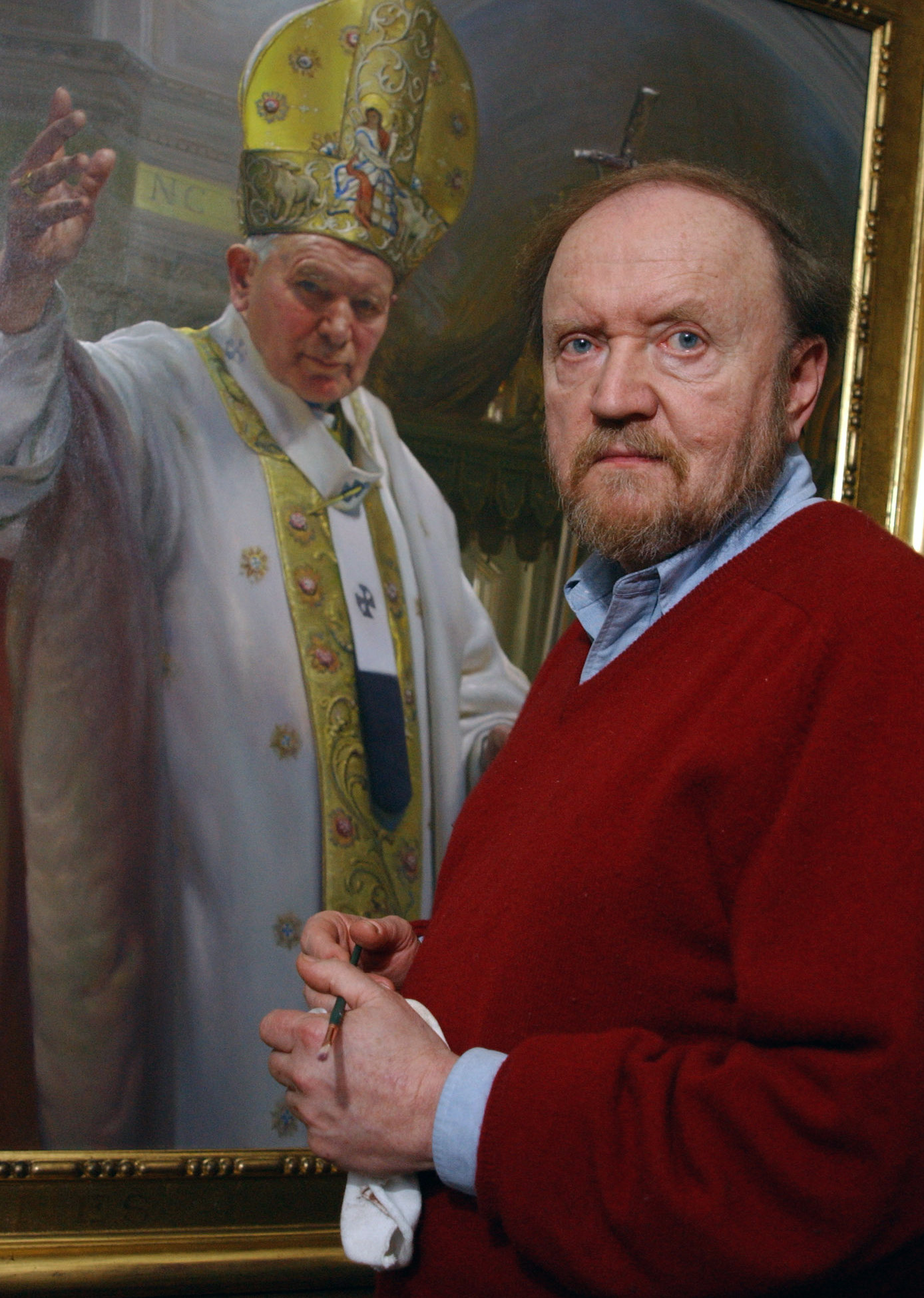 Nelson, and his wife Leona Shanks, founded Studio Incamminati to provide a place where artists devoted to realism could study painting and acquire other skills necessary for successful artistic careers.

When Nelson set out to become a painter, he pieced together his own education and training from the limited options available for the study of realist painting. As an 18-year-old student at New York’s famed Art Students League, he earned his tuition by serving as a monitor in the classes of artists such as Robert Brackman, Ivan Olinsky and Edwin Dickinson. Established painters such as John Koch took him on as a private student and provided substantial material as well as spiritual support of his dreams and aspirations.

His own remarkable progress soon earned him grants, including the most prestigious grants made to realist artists: the Greenshields Foundation (twice) and the Stacey Foundation (three times), that enabled him to study in Florence with the legendary Pietro Annigoni and at the Accademia di Belle Arti.

His European education completed, teaching positions took Nelson to Memphis, Chicago and then to Bucks County, Pennsylvania, where he has maintained a studio for more than three decades. Nelson has taught on the faculty of the Art Institute of Chicago, the Art Students League, National Academy of Design, The George Washington University, and the Pennsylvania Academy of the Fine Arts, among others. He also established an apprentice program at his Bucks County home and studio, where artists received room, board and instruction at no cost.

As was well understood from the Renaissance forward, it takes years of concentration and practice to become a highly skilled painter. Throughout his career, Nelson has painted nearly every day of the year—landscape, still life, the figure, and portraits. He takes pride in setting his own goals to grow and improve with every painting.

His skill in capturing the complex nature of his clients has contributed to his fame as well. Among his notable commissions are President William Jefferson Clinton; Diana, Princess of Wales and Charles, Lord Spencer; and His Holiness Pope John Paul II. Recent significant commissions include Luciano Pavarotti for the Metropolitan Opera, Mstislav Rostropovich for the Kennedy Center, and Denyce Graves for the National Portrait Gallery. His work has been exhibited in museums and galleries worldwide, including the National Gallery of Art in Washington, D.C., the Royal Palace in Stockholm, Kensington Palace in London, and Fortezza Firmafede in Sarzana, Italy.

In the late 1990s, Nelson launched a successful series of workshops in response to the growing need for serious art instruction. The need for students to immerse themselves deeply in his teaching principles was made clear by the high demand and extensive oversubscriptions to these workshops, which led to the decision to open a full time atelier program, aptly named Studio Incamminati, which can be translated from Italian as "those who are progressing”. Nelson sacrifices painting time to teach at Studio Incamminati as part of his total commitment to changing the world’s view of art.

He is richly rewarded by pride in his students’ progress and the presence of remarkable people who are attracted to this cause, willing to pledge and devote time in sincere measure.

In 2006, Governor Edward G. Rendell presented Nelson with the Governor’s Distinguished Arts Award, which recognizes a Pennsylvania artist of international fame or renown whose creations and contributions enrich the Commonwealth. Among those contributions noted were his lifelong commitment to teaching and his establishment of Studio Incamminati.

His work has been exhibited in museums and galleries worldwide, including the National Gallery of Art in Washington, D.C., the Royal Palace in Stockholm, Kensington Palace in London and Fortezza Firmafede in Sarzana, Italy. During the summer and fall of 2011, he had solo exhibitions in Russia at the Russian Museum, St. Petersburg and The Russian Academy of Art, Moscow. He is one of only two living American painters to have been invited to exhibit at either of these venues.